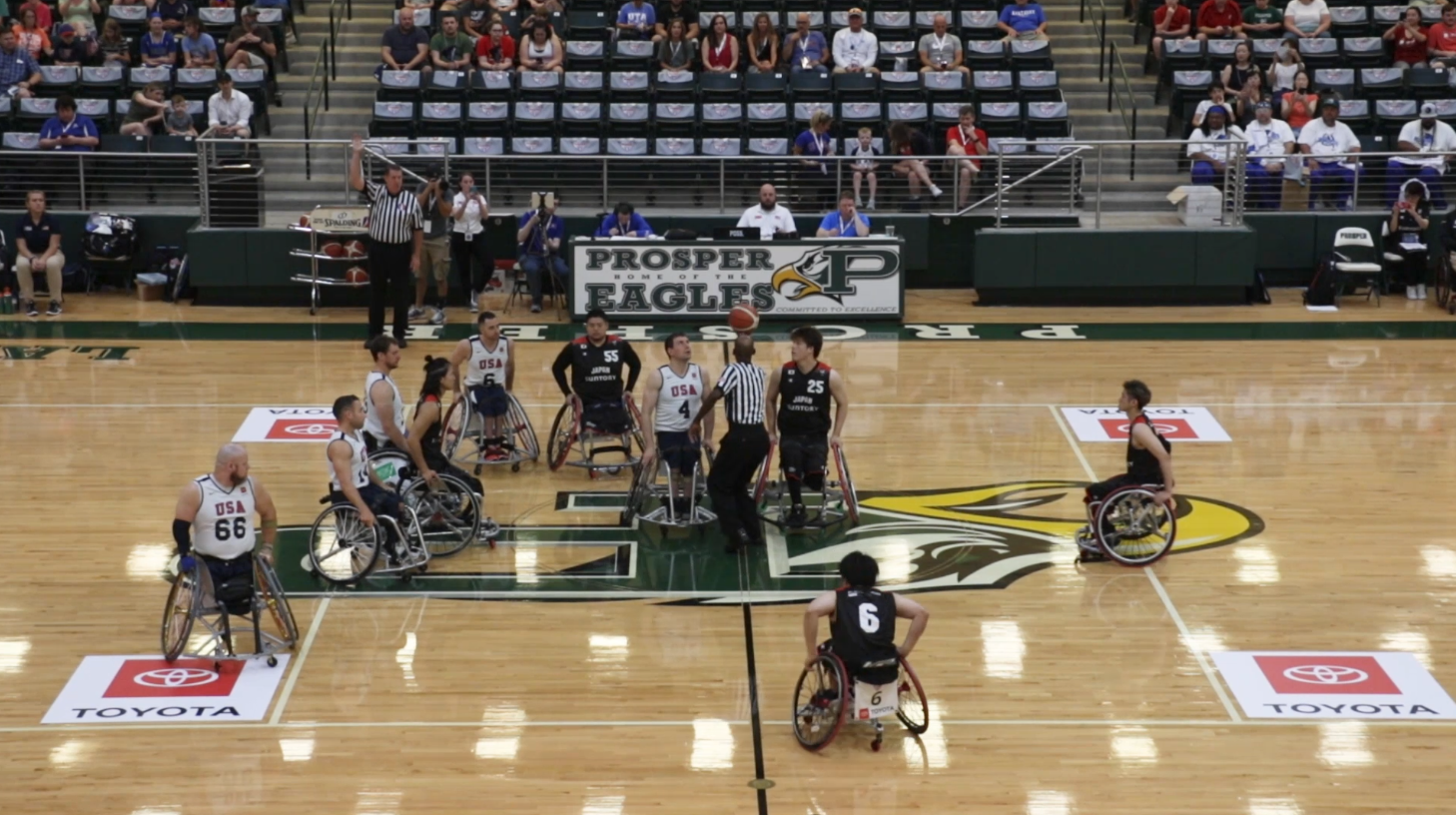 PLANO, Texas – June 2019 – In the first event of its kind to come to the area, thirty-six wheelchair basketball players from Japan, Spain, and the United States faced off at the 2019 Toyota USA Men’s Wheelchair Basketball Showdown fon Saturday June 22, 2019. Fans had the chance to attend two of the games at Prosper High School in Prosper, Texas, when USA defeated Japan (76-33) in the morning followed by the USA beating Spain by 8 points in the afternoon.

“This event is an opportunity to bring people in our community together and rally behind these athletes as they prepare for one of the biggest stages in sports,” said Steven Curtis, vice president, Toyota Olympic and Paralympic Marketing. “Our partnership with the National Wheelchair Basketball Association (NWBA) has allowed us to reinforce that no matter your background, whether sitting or standing, when it comes to the game, everyone is equal, dedicated and passionate about their sport.”

Toyota has partnered with 16 U.S. Olympic and Paralympic National Governing Bodies (NGBs), including the NWBA. As an extension of these relationships, Toyota has signed on as the entitlement sponsor to several NGB events leading up to the Olympic and Paralympic Games Tokyo 2020, reiterating its belief that the spirit of the Games and their athletes should be celebrated 365 days a year.