NYC VIBE Reflects Back on a Great Night with Lang Lang

NYC VIBE Reflects Back on a Great Night with Lang Lang 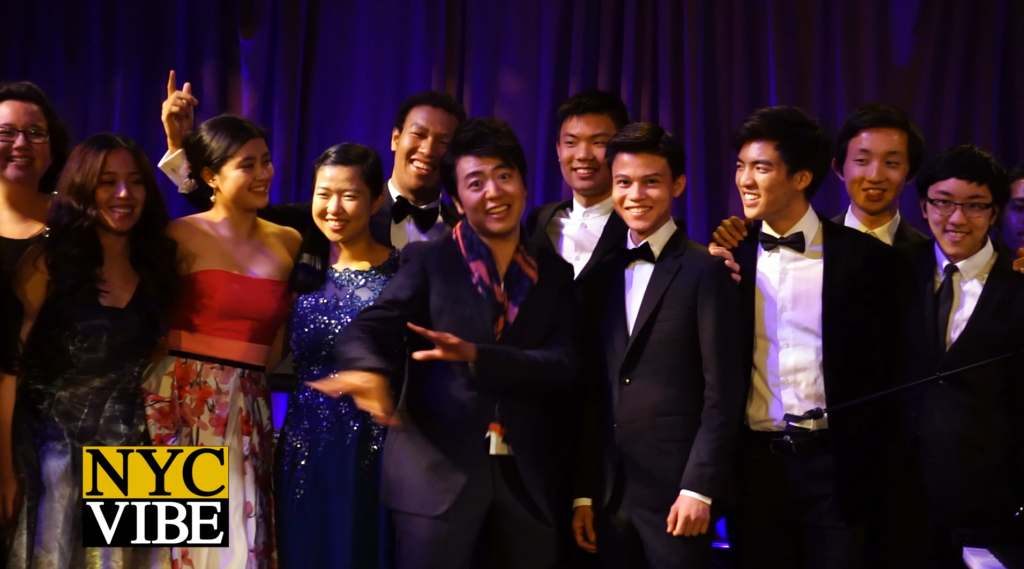 NYC VIBE shares the concerns of the classical great pianist, Lang Lang, that when this ends, if it ever does, that cities will be so in the red that funding for school programs for the arts and music could be eliminated or severely reduced.

That’s why we dug back into our video archives – November of 2018 when NYC VIBE was on hand at the Lang Lang Foundation fundraising gala in lower Manhattan.

See for yourself the results of the incredible work the foundations does in NYC schools and throughout the nation.

We are hoping that Lang Lang is able to host the 2020 gala later this year which we will all get behind and support.

Lang Lang is a pianist, educator, and philanthropist, equally happy playing for billions of viewers at the 2008 Olympic Opening Ceremony in Beijing and for just a few hundred children in the public schools. He performs sold-out concerts all over the world.

In 2013 the Secretary General of the United Nations designated Lang Lang as a Messenger of Peace focusing on global education. He was presented with the 2010 Crystal Award in Davos and named one of the 250 Young Global Leaders by the World Economic Forum. He has received honorary doctorates from the Royal College of Music, Manhattan School of Music, and New York University. In December 2011 Lang Lang was honored with the highest prize awarded by the Ministry of Culture of the People’s Republic of China. He received the Merit of the Federal Republic of Germany and was named a Chevalier des Arts et des Lettres. In 2016 he was invited to the Vatican to perform for Pope Francis.

The 37-year-old pianist, who typically plays sold-out shows to thousands, says he’s taking his recent solitary time to learn new repertoire at home in Shanghai, China. And home is where he thinks we should all be. “It’s very important that you have to stay at home please,” he says from the piano, where he opens with Chopin’s calming Nocturne No. 20 in C-sharp minor.

Lang Lang’s latest passion is Bach – specifically the Goldberg Variations, a 75-minute-long cycle of immense complexity grounded in the composer’s durable beauty. Lang Lang offers the 18th and 19th variations, pieces that in turn represent the strength of logic and the joy of the dance. It’s music, Lang Lang says, that “always brings me to play in another level of artistic thinking.”