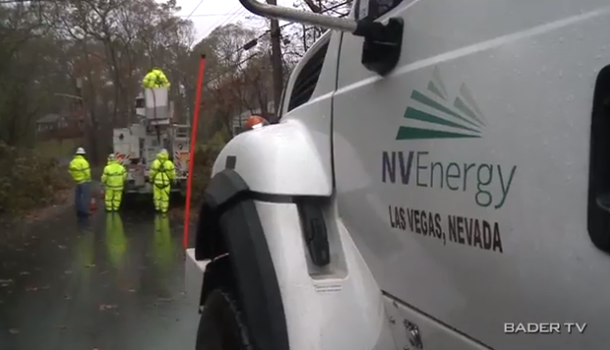 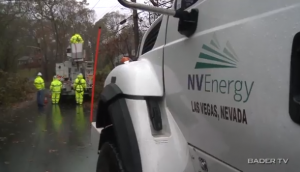 As a fierce nor’easter brought 60 mile-per-hour plus high winds and snow to the east coast of the United States, NV Energy workers are playing a crucial and timely role in the restoration of power for residents on Long Island, New York.

Battling harsh weather conditions, NV Energy crew members are working diligently to help repair the damage done by one of the most costly weather related catastrophe in U.S. history.

Storm Weary Locals Appreciate the Efforts of NV Energy: Storm weary Long Islanders were appreciative of NV Energy’s efforts as the Nor’easter has the potential to prolong the power outages and gasoline shortages that have plagued the area from the lethal Hurricane Sandy “super-storm.”

Long Islander with Nevada Ties Benefits from Heroic NV Energy Efforts: Among the grateful Long Island locals who are benefiting from this NV Energy restoration effort are Beth Davidsen and her children. Davidsen’s  parents, who reside in Las Vegas, called her during the storm and informed her that “help is on the way from Nevada.” The next morning, NV Energy trucks were in her backyard in Smithtown, LI restoring power!

Though the Nor’easter is relatively small as compared to Hurricane Sandy,  rainfall, high winds, and snow could result in downed trees and additional loss of power, which could seriously impede progress to Long Islanders who have been in the dark for over a week.

NV Energy Restoration Crew and Trucks Arrived Monday to Help Sandy Victims: On Monday, November 5, more than twenty crew members with twelve crew trucks were loaded on U.S.Air Force C-5 and C-17 aircraft at both Travis Air Force Base in Sacramento and Nellis Air Force Base in Las Vegas and flown to John F. Kennedy Airport in New York to take part in the power restoration effort.

About a Nor’Easter: A Nor’easter is a macro-scale storm along the East Coast of the United States and Atlantic Canada, and derives its name from the direction the wind is coming from. Nor’easters usually occur during late fall, winter and early spring and often bring heavy rain, heavy snow and  coastal flooding.