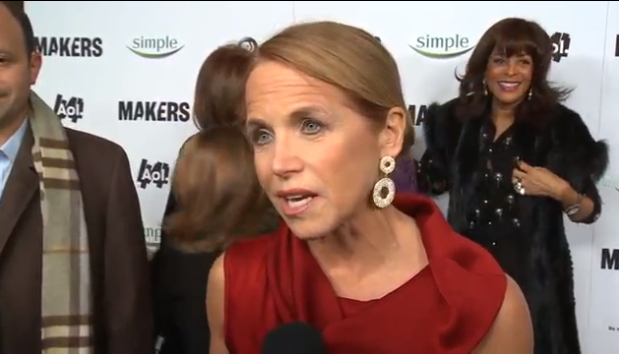 February 2013, New York, NY: A distinguished group of America’s most influential women along with an array of celebrities and socialites were on the red carpet at New York City’s Alice Tully Hall in Lincoln Center to attend the premiere of the highly anticipated film “MAKERS: Women Who Make America.”

The documentary, narrated by Meryl Streep, tells the stories of groundbreaking women who helped shape America. The gala event was hosted by AOL, PBS, and Simple® facial skincare.

About MAKERS: Women Who Make America: MAKERS, created by AOL and PBS with the support of Simple® facial skin-care, is a first-of-its kind digital video and broad experience that aims to become the largest and most dynamic collection of groundbreaking women’s stories ever assembled. The three-hour PBS documentary airs on Tuesday, February 26 at 8 PM (ET) on PBS.

The MAKERS documentary, founded by filmmaker, Dyllan McGee, tells the story of how women have helped shape America over the last 50 years through the women’s movement, one of the most sweeping social revolutions in our country’s history.

The film pulls from among 160 women’s stories that make up the living library on MAKERS.com, which will continue to grow to include the next generation of women who affect society in new and profound ways.

The film is built from first-person, intimate accounts of women who experienced this time of change and confronted the dramatic social upheaval in their own lives including movement leaders such as author and feminist activist Gloria Steinem and actress, author and activist Marlo Thomas; media moguls like Oprah Winfrey and Katie Couric; and political influencers like former Secretary of State Hillary Rodham Clinton and retired U.S. Supreme Court Justice Sandra Day O’Connor. The documentary premieres February 26 at 8/7c on PBS (check local listings)