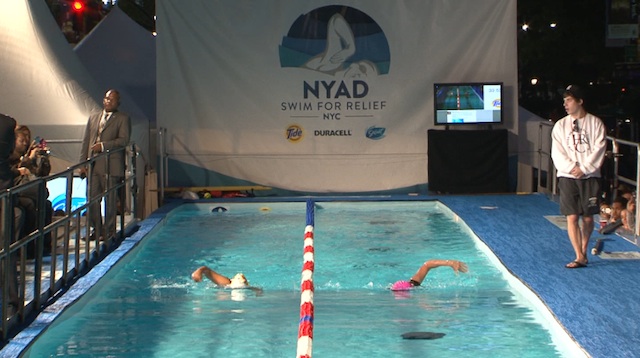 “It honestly was tougher than I ever imagined it to be,” the 64 year-old Nyad said as she emerged from the pool at 8:48 AM. Her words were drowned out by the crowd’s whooping, claps and cheers.
Minutes later, looking well but bundled up in a blanket, she told ABC-TV “Good Morning America” that her shoulders hurt and she felt nauseated but was otherwise happy. Her effort raised more than $103,000.

Nyad started the marathon swim on Tuesday morning in the temporary pool set up in Herald Square in midtown Manhattan. Her goal was to raise money for the families still struggling a year after Hurricane Sandy.

Last month, the New York native became the first person confirmed to have swum from Havana to Key West, Fla., without a shark cage.

Nyad was a successful youth swimmer and an Olympic prospect when illness ended that career at 17. Since then she has built a successful niche as an author of three books, a motivational speaker and as a reporter and commentator.

She first earned national attention swimming 28 miles around Manhattan in 1975 in less than eight hours. In 1979 she swam the 102 miles from North Bimini, Bahamas, to Juno Beach, Fla., in 27.5 hours. 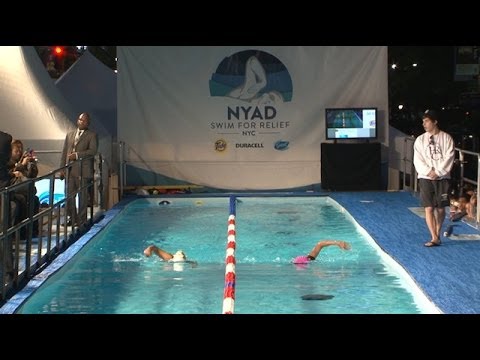