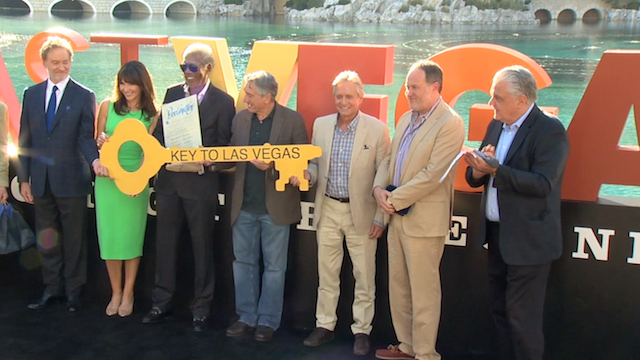 Michael Douglas, Robert De Niro, Morgan Freeman and Kevin Kline got together to talk about the releaseof their new movie in Las Vegas, a long-in-the-works comedy about a group of long-in-the-tooth friends coming together for one final bachelor party.

Described by some as a cross between The Hangover and The Bucket List, the PG-13 comedy, intends to be something else: a reverse coming-of-age story in which the principals – De Niro, Michael Douglas, Morgan Freeman and Kevin Kline – try to navigate a world that has little interest in nostalgia and the elderly.

In some ways, that describes much of Hollywood itself, where actresses over 40 are considered dinosaurs and older moviegoers are usually treated as more of a box-office side dish, something that might just come along, than the main serving. Last Vegas is expected to take in around $16 million in its first weekend, but the real profitability test will come in the weeks ahead because older moviegoers don’t usually rush to the multiplex on opening weekends.

CBS Films, which produced and distributed the $28-million movie, hopes that Last Vegas can replicate the performance of some other recent senior-themed success stories. A year ago, The Best Exotic Marigold Hotel, playing largely to ticket buyers close to retirement age, grossed more than $46 million domestically (and $136 million worldwide).