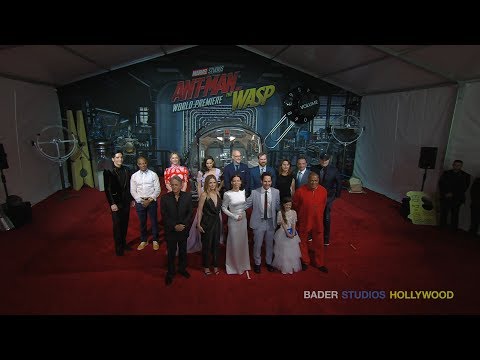 “I feel like this is a nice movie to come out after ‘Infinity War,’” said Paul Rudd during the press line, who reprises his role as Scott Lang as the superhero. “This film does tie it together and there is a connection, but at the same time it’s not quite as heavy and I feel as if it’s nice to laugh for a little bit for many reasons.”

The second installment in the “Ant-Man” franchise, “Ant-Man and the Wasp” takes place two years after the events of “Captain America: Civil War,” where Rudd’s character is on his last days of house arrest before rejoining Hope van Dyne, known as The Wasp, played by Evangeline Lilly, and Michael Douglas’ Dr. Hank Pym, in a mission to find Pym’s wife, played by Michelle Pfeiffer, who they believe is trapped in the quantum realm.