Bader Content Studios Hollywood on the Red Carpet of the Premiere of ‘Sicario: Day of the Soldado’

Bader Content Studios Hollywood on the Red Carpet of the Premiere of ‘Sicario: Day of the Soldado’ 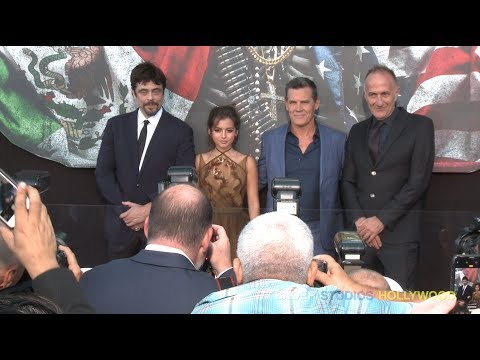 Bader Content Studios Hollywood was on the red carpet of the premiere of “Sicario: Day Of The Soldado,” in which Josh Brolin plays a federal agent fighting an escalating drug war with the help of a hitman played Benicio Del Toro. The sequel to 2015’s “Sicario” reunites Benicio Del Toro and Josh Brolin as two anti-hero protagonists who venture deep into the merciless border world of the drug trade. This time around, the stakes are even higher and much more personal. When CIA agent Matt Graver (Played by Brolin) is enlisted to start a feud between drug lords to ultimately win the drug war on the US-Mexico border, so he recruits assassin Alejandro (Played by Del Torro) to kidnap a kingpin’s young daughter Isabel (Played by Isabella Moner) in order to exacerbate an already volatile situation. Alejandro successfully executes the deed, but when the young girl is seen as collateral damage, the two men go toe-to-toe while Isabel’s life hangs in the balance. Bader TV spoke with director Stefano Sollima, under his solid direction and the leads’ ardent performances, the film compels us to ask questions about what is a moral compass.