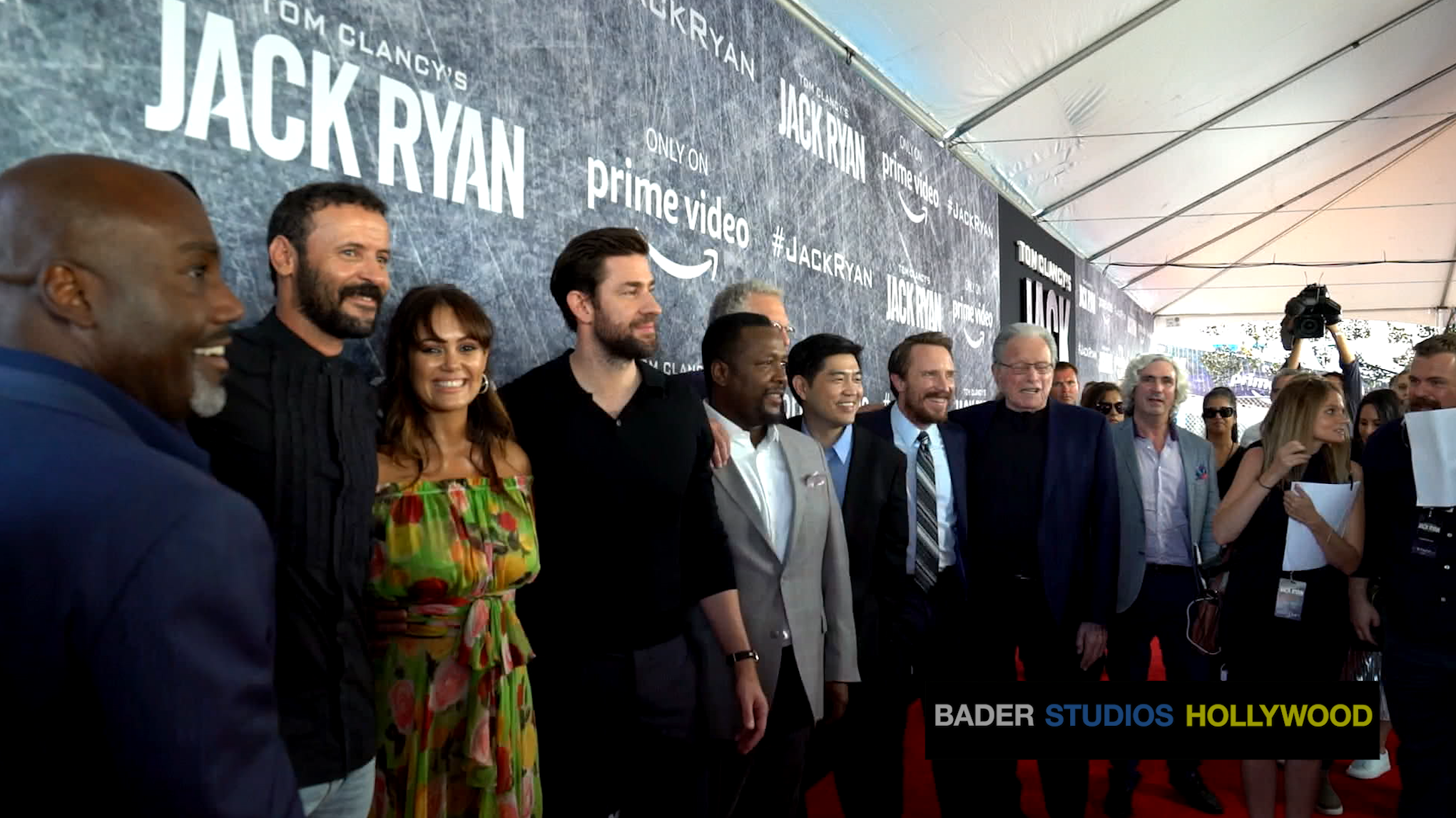 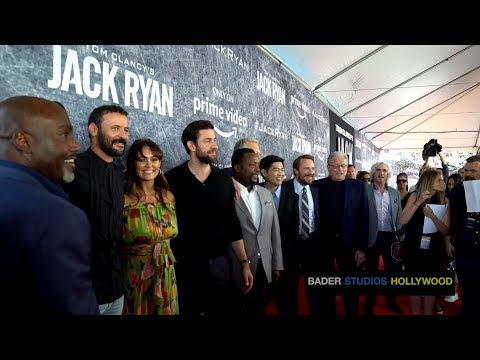 Stars John Krasinski, Wendell Pierce and show creators Carlton Cuse and Graham Roland were all on site for the premiere of the Amazon Prime new series Tom Clancy’s Jack Ryan during LA’s Fleet Week, on board the historic Battleship Iowa at the Port of Los Angeles in San Pedro, CA.

Bader Content Studios boarded the military ship to capture the excitement with this USO event.

Amazon’s new show brings the iconic spy character back to the screen with the latest iteration of the world-famous book series. John Krasinski plays the main character, a CIA analyst pulled from his desk job and placed in the field amid an international terrorism plot in the works.

But before the Jack Ryan character was a CIA spy, he was a U.S. Marine. Krasinski met real-life sailors and Marines aboard the USS Iowa with the USO to talk about the new show and his experiences stepping into the shoes of our service members on set.

The series focuses on CIA analyst Ryan, who was first introduced in 1990’s The Hunt for Red October. Over the years, the Ryan character has been portrayed by major stars such as Alec Baldwin, Harrison Ford and Ben Affleck. To make the character meaningful in 2018, Cuse explained that audiences will witness a “more progressive” Ryan.

“The Clancy character was a very traditional, old-fashioned sort of Gary Cooper type of good guy. Our guy is very much a good guy but a millennial good guy,” Cuse told The Hollywood Reporter.

Roland added that the character was rewritten to emulate Krasinski’s “charm.” “I think we wrote to John’s sense of humor. … I think that he brings a sort of millennial kind of earnestness that we haven’t seen before and a vulnerability that we haven’t seen in the other iterations of Jack Ryan.”

The Amazon series was shot in three locations around the world, including Morocco, Montreal and Washington, D.C. Krasinski, who has two children with actress Emily Blunt, revealed that he went to great lengths to continue spending ample time with his family while shooting non-stop for six months.