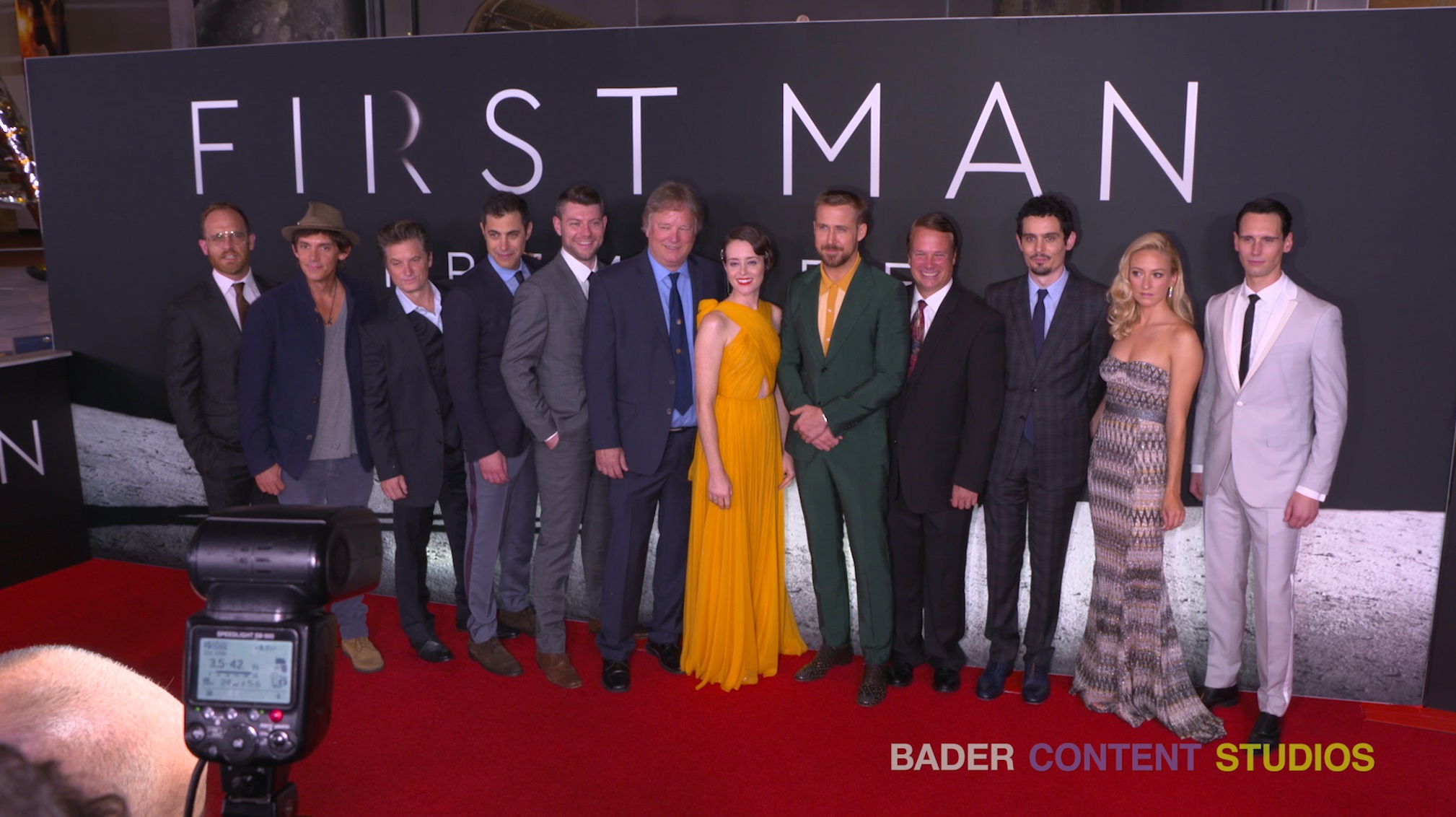 The Smithsonian’s National Air and Space Museum hosted the premiere of Damien Chazelle’s Neil Armstrong new movie First Man, drew Hollywood heavyweights to DC, including stars Ryan Gosling and Claire Foy joining the legendary members of the history-making crew that put two men on the moon back in 1969.

At the museum’s entrance, the red carpet was rolled out in front of the historic Lunar Module – a prototype of the one Armstrong and Buzz Aldrin landed on the moon in 1969 – for both the stars and the movie’s real life subjects, including Armstrong’s children and colleagues. The film’s biggest stars: Gosling and Foy told Bader Content Studios how this was a far different experience for them and the cast experiencing what it was like to blast off and land on the moon.

In the film, Gosling plays Armstrong showing the viewers what it was like and the extreme mental psychic need to handle the stress and danger of this mission.

The viewers see his family up close as Armstrong moves from an engaged father who cared deeply for his ill daughter and played often with his young boys, to a father emotionally unable to connect with his kids any longer, especially just prior to the his departure for his famous mission.

The audience witnesses the tension between Armstrong and Buzz Aldrin (Played by Corey Stoll), incompatible partners who are put together in their efforts to push the limits of man’s known capabilities.