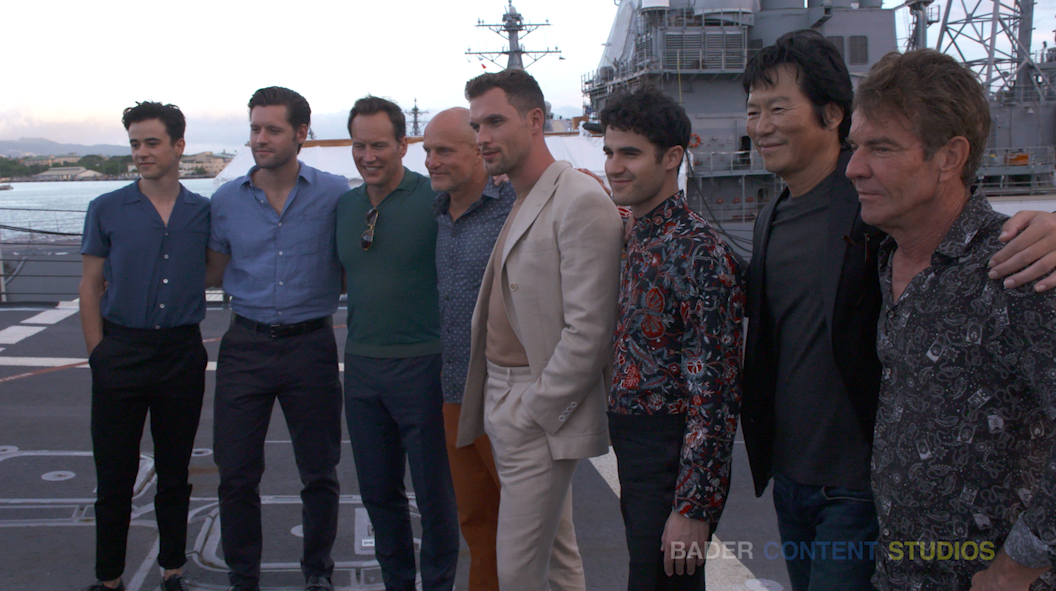 November 2019 – Pearl City, HI – Bader Content Studios was on the red carpet at the premiere of the upcoming WWII film “Midway” with the star-studded cast and filmmakers who visited the famous site where the Battle of Midway unfolded six months after Japan’s attack on Pearl Harbor.

Under the direction of Roland Emmerich, the creative mastermind behind blockbusters “Independence Day” and “The Day After Tomorrow”, “Midway” focuses on the deadly clash between the American fleet and the Imperial Japanese Navy, signifying a critical moment in the Pacific Theater during WWII. Based on real-life events featuring acts of bravery by these Americans, this story chronicles how the leaders and sailors bravely used their unparalleled intuition and valor to overcome extreme warfare in the face of adversity. Regarding this film, Emmerich says it pays tribute to both sides of the battle, regardless of who they fought for. “My film is an homage to all the sailors who lost their lives at Midway, both
American and Japanese.“

Starring Dennis Quaid, Woody Harrelson Patrick Wilson, Luke Evans, Aaron Eckhart, Ed Skrein and Nick Jonas, the actors discussed at the premiere how honored they felt portraying such historically important characters in American history, and how the realistic set designs made them connect with what it was actually like partaking in this pivotal battle.