THE 50TH ANNIVERSARY LIMITED THEATRICAL RELEASE OF THE GODFATHER

THE 50TH ANNIVERSARY LIMITED THEATRICAL RELEASE OF THE GODFATHER 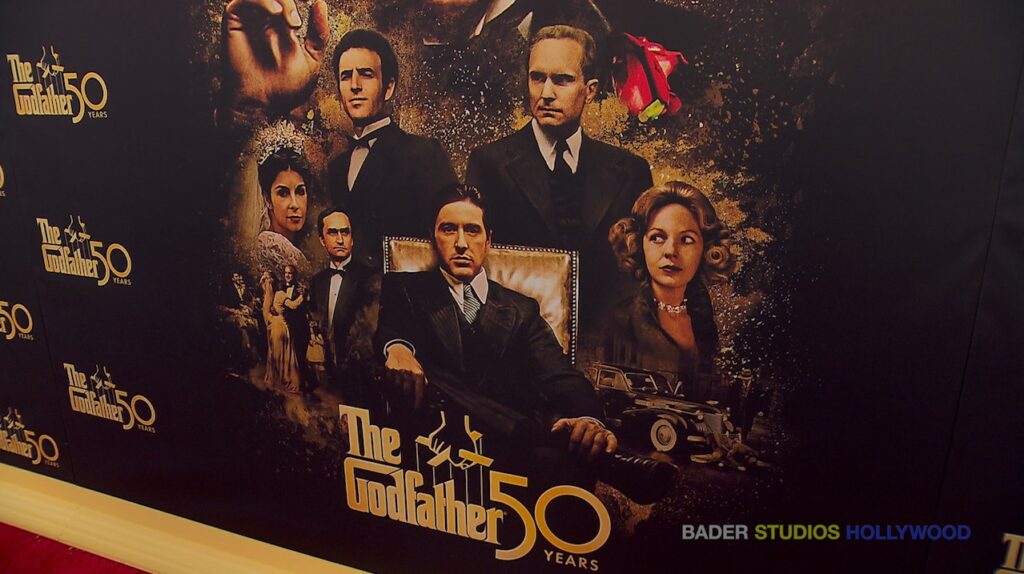 February 2022, Hollywood, CA: Bader Studios Hollywood was invited to join the celebration at the Paramount Theater of the 50th anniversary of Francis Ford Coppola’s Academy Award®-winning* masterwork The Godfather, the film will have a limited theatrical release in Dolby Vision beginning February 25, 2022 All three films in the epic trilogy have been meticulously restored under the direction of Coppola and will be made available on 4K Ultra HD for the first time ever on March 22, 2022.

Coppola, who was accompanied by wife Eleanor, as well as stars James Caan, Joe Mantegna, and Talia Shire, spoke with us about the 50th anniversary.

“The Godfather” director Francis Ford Coppola, who co-wrote the film with the late Mario Puzo, which is based on Puzo’s 1969 best-selling novel of the same name. Mr. Coppola won an Oscar for Best Adapted Screenplay, oversaw the careful and detailed restoration of this special version film. Additionally, the entire “Godfather” trilogy, which was also restored, will be released on 4K Ultra HD in late March.

Considered one of the greatest films in cinematic history, “The Godfather” follows the Corleones, an organized crime family based in New York City headed by patriarch Vito Corleone played by Marlon Brando. The first film covers the years 1945-55, detailing the shift in leadership from Vito to his youngest son, Michael, played by Al Pacino, a World War II hero.