WATER: WE HAVE TOO MUCH, BUT NOT ENOUGH – IS NOW AIRING ON THE SCIENCE CHANNEL AND MOTORTREND TV

WATER: WE HAVE TOO MUCH, BUT NOT ENOUGH – IS NOW AIRING ON THE SCIENCE CHANNEL AND MOTORTREND TV 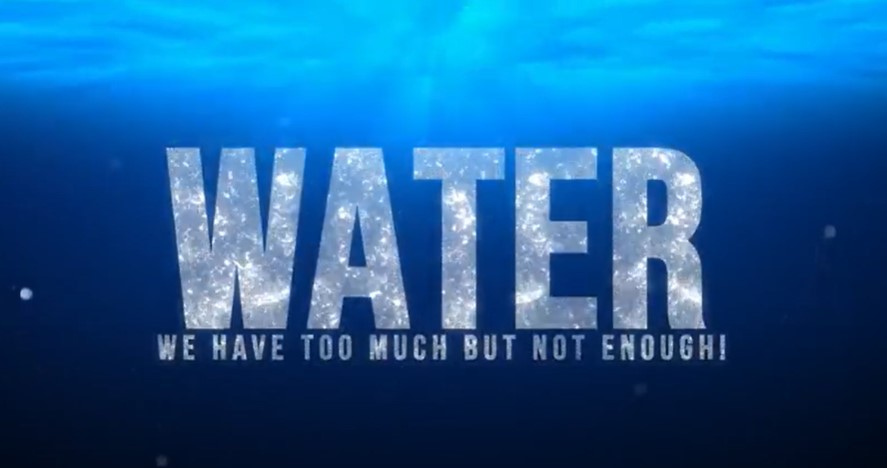 Water – it’s one of the greatest challenges all nations face today. Though it covers about 71 percent of the earth’s surface, more than 97 percent is found in the ocean, unusable for drinking, growing crops, and most industrial uses. In fact, less than three percent of the world’s water is fresh and, of that, less than 1 percent is available for human consumption. Globally, families and households consume only a fraction of the available fresh water. Agriculture uses 70 percent while 19 percent goes to industry. Only 11 percent is used by households. With water this scarce, we need to think about the importance of water conservation, maintaining access to safe fresh water for people where it is needed, while also endeavoring not to deepen other water crises we will face in the future. Potentially compounding the water crisis in America is a new urgency to “build it here” and help reduce the nation’s dependence on global supply chains for core products. New industrial complexes, such as those for battery and semiconductor chip plants, and the expansion of existing automotive centers to build electric vehicles, are evidence of this trend. These are all water-intensive projects and are being built in the U.S. right now. Toyota has long been a leader in using less water to produce its vehicles, a practice of growing importance especially in water-stressed areas, such as California, Texas, and Mexico. The technology and innovation to capture rainwater to use over and over again in manufacturing is here now and we will take a close look at how brilliant minds are determined to help solve these important water access issues. Dedicated scientists and researchers are determined to help solve these important water access issues. WATER: We Have Too Much, But Not Enough, zooms in to examine the latest science, learnings and developments undertaken by one of the nation’s largest manufacturers aiming to become carbon neutral in its facilities by 2035, is now airing on the Discovery Science Channel and MotorTrend TV and available on demand on the Discovery Science GO APP. The program, produced by the Bader Media Group, is narrated by Adrian Grenier with reports from Neka Zang at distressed areas in California.