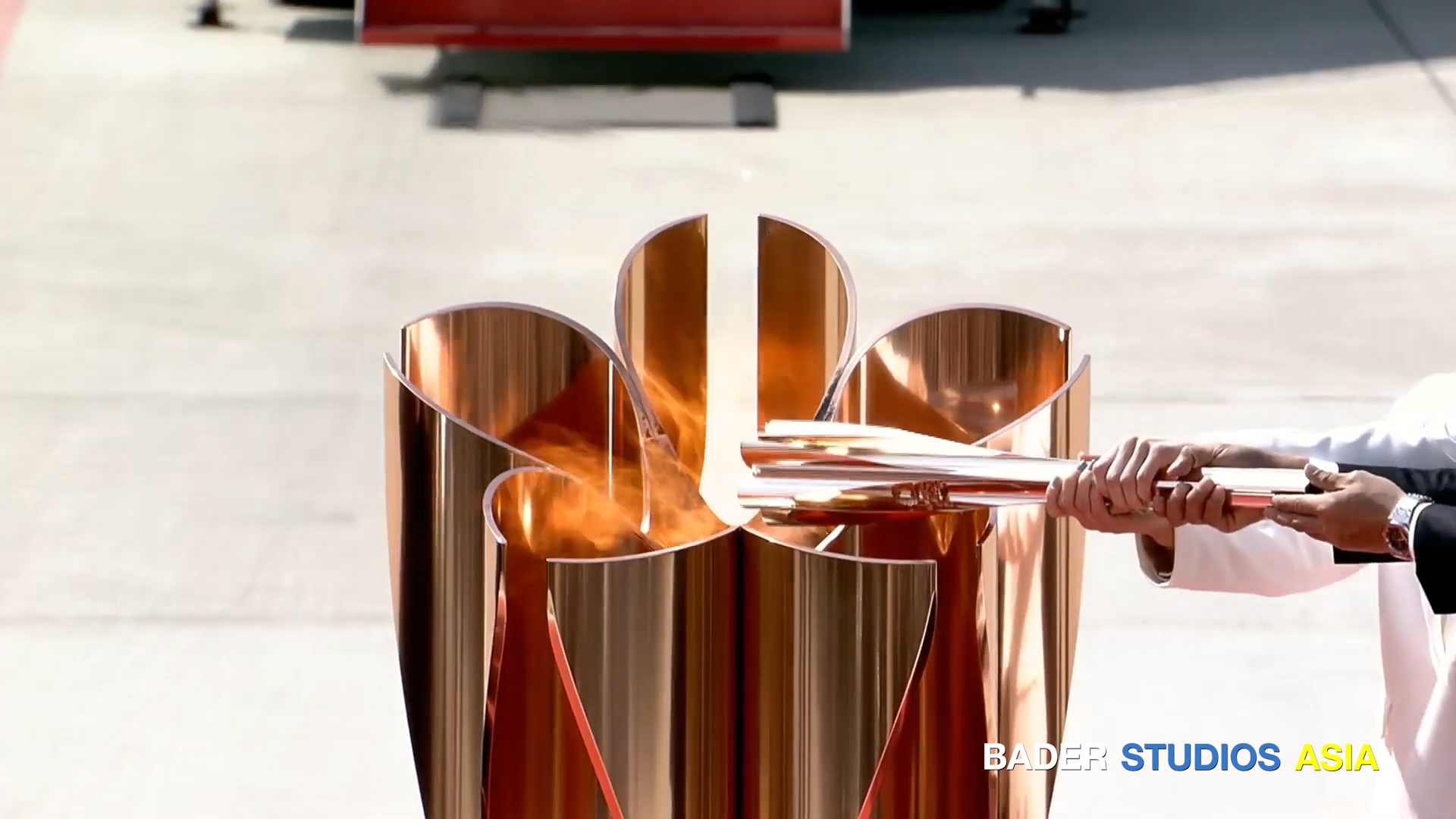 March 2020 – Greece & Japan:
After the flame was originally lit in front of the ruins of the Temple of Hera in Ancient Olympia earlier this month, the week long stay in Greece ended with a special hand over to Tokyo ceremony at the Panathenaic Stadium in Athens.
Then the flame was transported by a special aircraft “Tokyo 2020 Go” from Athens, Greece, arriving at Japan Air Self-Defence Force Matsushima Air Base in Miyagi Prefecture in the north of Japan.

When the aircraft doors finally opened, triple judo Gold medallist NOMURA Tadahiro and triple wrestling Gold medallist YOSHIDA Saori held the lantern high in the air before it was handed to President of Tokyo 2020 MORI Yoshiro, who was joined by Japanese Olympic Committee President YAMASHITA Yasuhiro.

A symphony orchestra played a live rendition of the “Tokyo Olympic March” – which symbolically is the same music used at the opening ceremony of Tokyo 1964 Olympic Games.

Nomura and Yoshida then lit the Celebration Cauldron to finally connect the flame from Greece to the Japan. The two Japanese athletes expressed their disappointment of not being able to go to Greece to welcome the flame, but they said they are very happy and quiteproud that the flame finally arrived in Japan.

The Olympic flame will now be on display at various locations in the Tohoku region, to highlight the message of hope in the areas worst affected by the 2011 Great East Japan Earthquake and Tsunami. The special display of the “Flame of Recovery” will start in Ishinomaki City in Miyagi. The Matsushima Air Base, which is located the west of Ishinomaki, was heavily damaged during the earthquake. Its reconstruction over these years has been viewed as a symbol of Tohoku recovery.

Start on 26 March, under the theme of “Hope Lights Our Way”, the Olympic Torch Relay will take the flame around to all of Japan’s 47 prefectures, bringing the Olympics and its values to the entire country.