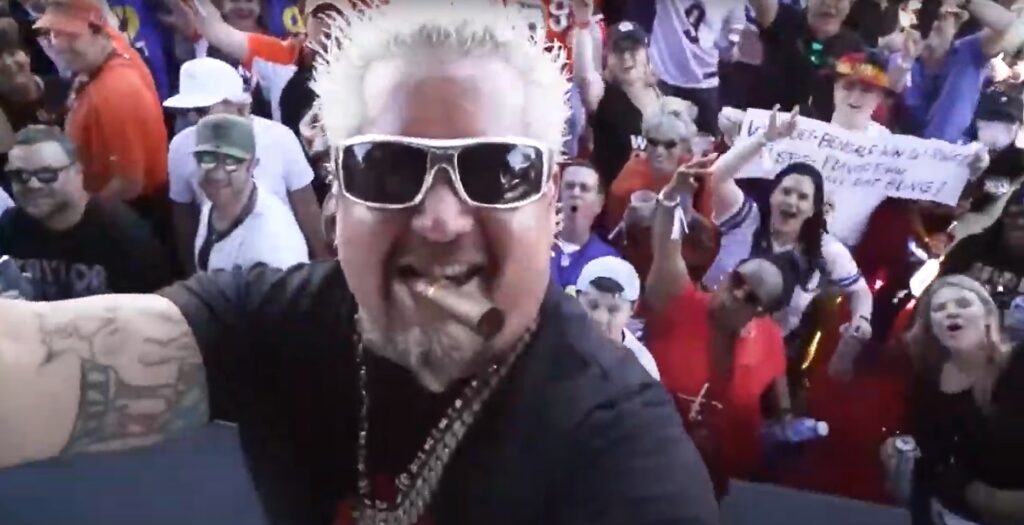 The Players Tailgate before the Super Bowl has earned the reputation as the best Super Bowl pre-game experience, where over 50 active NFL players, celebrities and guests eat, drink and get entertained before the big game. Described as a culinary experience in itself with America’s top chefs, The Players Tailgate featured live performance by DJ Irie, open premium bars and all-you-can-eat dining with gourmet dishes prepared by more than 10 Celebrity Chefs.

Described as an immersive culinary experience in itself – The Players Tailgate was catered by America’s most recognizable celebrity chef, Guy Fieri, who returns to host for the 2022 The Players Tailgate, alongside DJ Irie pumped the live music and ESPN’s Sage Steele, who chatted on the mainstage with the dozens of NFL legends and All-stars attending the tailgate.

Proceeds from tickets support an important give back to long-time charitable partners Operation BBQ Relief and the Irie Foundation. Operation BBQ Relief www.operationbbqrelief.org which responds to natural disasters and other situations to help feed displaced residents and emergency personnel. The Irie Foundation works year-round to improve and create a positive impact on the lives of South Florida’s at-risk youth. http://www.iriefoundation.org/