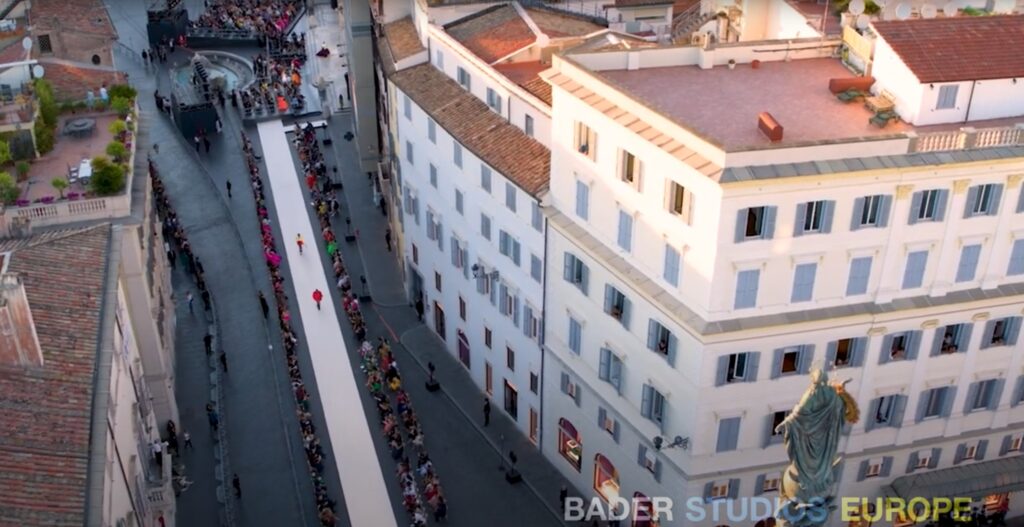 Valentino’s creative director Pierpaolo Piccioli was drawn in by the distinctive hue of “Pink PP” – Of course named after the celebrated designer to usher in the brand’s Fall 2022 collection – returning to its spiritual hometown of Rome. Remember that Valentino Garavani first launched the brand there in 1960 with a small store on the Via Condotti. It was a breathtaking sensation that spread across the city’s iconic Spanish Steps and Piazza di Spagna.
Anne Hathaway, Florence Pugh, Ariana DeBose wore PP Pink all wearing and a pair of eye-catching platform heels. Andrew Garfield stood out at the brand’s Fall 2022 haute couture show wearing a blazer and denim.

Nearly every front-row attendee wore a version of those make-a-statement heels – while Pugh’s were partially hidden by her sleek, full-length tulle gown, Ariana DeBose paired hers with a short dress.

Bader Content Studios Europe made its way through the audience just prior to the start of the show to capture magical images of the stars and celebs arriving which included Emily In Paris star Ashley Park and Kate Hudson, who was accompanied by her fiancé, Danny Fujikawa adding excitement to the Spanish Steps.