Despite Lockdown & Challenges, the Prada Show Goes on in Beijing

Despite Lockdown & Challenges, the Prada Show Goes on in Beijing 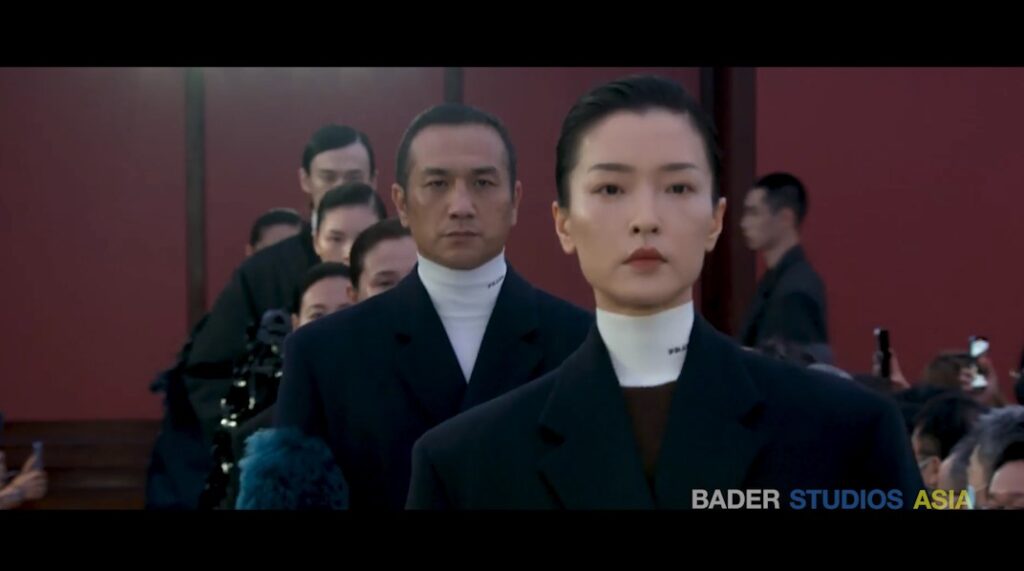 With nine well-known Chinese actors and actresses taking to the catwalk – the show goes on for the Italian luxury brand. Prada was the first luxury brand to host an in person runway show in China this year. Fashion industry insiders tell Bader Studios Asia that Louis Vuitton might be the only other brand with plans to produce an in person fashion show in China later this year.

More than 400 guests, including Prada ambassador Cai Xukun, film director Jia Zhangke, artist Cao Fei and architect Yung Ho Chang, were at the show which took place at Prince Jun’s Mansion, a royal compound that was formerly the residence of Prince Jun in the Qing dynasty.

After the show, the guests were escorted into the back garden, a Chinese-style villa full of displays and pathways built atop fish ponds, covered in Prada’s pink florescent lighting.