Miami Beach was on fire when the entire cast for the new Baywatch movie joined together with members from the past TV series to premiere the new action film.

Head lifeguard Mitch Buchanan, played by Dwayne Johnson is informed by Captain Thorpe (Rob Huebel) that city council is considering cutting the money that goes into the Baywatch program. That’s when Mitch is introduced to a new, young recruit: extreme athlete Matt Brody, played by Zac Efron. Unfortunately, the two butt heads when Matt turns out to be reckless, obnoxious and in addition, a heavy drinker.

Along with fellow lifeguard Summer, played by Alexandra Daddario, the two have to work together to come up with a way to save Baywatch Headquarters and uncover a criminal plot led by Victoria Leeds played by Priyanka Chopra.

Based on the hit TV series, which aired from 1989 to 2000, former stars David Hasselhoff and Pamela Anderson made cameo appearances. 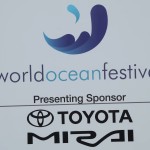 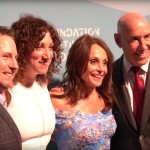