October 2015: New York, NY: Though his playing days are over, Derek Jeter is going to bat for today’s youth!

Derek’s event included a performance by Wyclef Jean and a panel discussion among Derek and other athlete contributors to The Players’ Tribune, moderated by Michael Strahan.

The Turn 2 Foundation, established in 1996, has awarded more than $20 million to create and support signature programs and activities that motivate young people to turn away from drugs and alcohol and “Turn 2” healthy lifestyles. Through these ventures, the Foundation strives to create outlets that promote and reward academic excellence, leadership development, and positive behavior.

Turn 2’s goal is to see the children of these programs grow safely and successfully into adulthood and become the leaders of tomorrow. 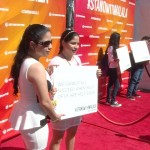 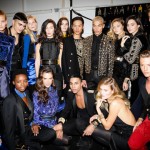 The #HMBalmaination come together for a big fashion celebration in New YorkEntertainment & Arts, Fashion