The daylong concert event, which advocates for change and bringing world leaders together to fight against extreme poverty, featured riveting performances by a diverse array of musical artists.

With Rihanna, Kendrick Lamar, and Metallica as the Festival’s main headliners, attendees were singing melodies and dancing on the lawn to the vibrant rhythms of Demi Lovato, Major Lazer, Usher, Coldplay’s Chris Martin, Ellie Goulding and Yandel, among others.

Yusuf Cat Stevens rendered his timeless hit “Wild World” before introducing Pearl Jam’s Eddie Vedder, who surprised the crowd by duetting with recent the Rock and Roll Hall of Fame inductee for Cat’s classic “Father and Son.” Vedder also sang with Chris Martin, who established the Global Citizen Festival Concert series in 2012 in an acoustic version of Patti Smith’s activist anthem “People Have the Power.”

Global Citizen is a social action platform for the global generation who are passionate about learning and taking action on the world’s biggest issues.

Global Citizen works in partnership with and supports some of the most effective organizations working to achieve the global goals and end extreme poverty.

Committed to providing the most interesting stories, effective actions and powerful campaigns, Global Citizen aims to reach and recruit the largest possible number of people who care about global issues. 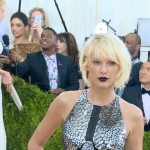 Costume Institute’s Spring 2016 Exhibition to Focus on the Hand and the Machine in FashionEntertainment & Arts, Fashion, Technology 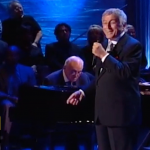