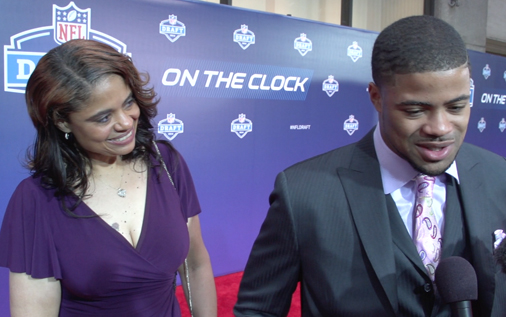 May 2014: New York NY: It’s not the coaches … nor the trainers, teachers, cheerleaders, teammates, fans, nor scouts who have had the greatest influence on the NFL’s top draft picks -it’s mom!

On the eve of the highly anticipated 2014 pro-football draft, and Mother’s Day, some of most sought-after football stars of the future paid homage to the women who raised them.

Among the college football stars’ moms who rendered heartfelt, adoring portrayals of their sons included:

-Iwanna Rolling, mother of Oklahoma State cornerback Justin Gilbert- who knew Justin was going to be a pro when he played pee wee football!

-Texas Christian University cornerback Jason Verrett’s mom Cynthia Verrett who recalled that her son’s football helmet as a youth was bigger than he was!

-Tonya Dunson, mother of University of Indiana wide receiver Cody Latimer who reminds her son to be humble no matter how famous he becomes!

-Betty Roby, mother of Ohio State University cornerback Bradley Roby who stressed the importance of her son’s education in addition to his athletic talents.

As the GMC Never Say Never Moment honors the plays and moments which represent determination and perseverance – the players’ all agree that their mothers “never said never” to their children in their pursuit of their goals and professional dreams.

The players were driven to the NFL Draft at Radio City Music Hall in new 2015 GMC Yukon Denalis and escorted their moms on the red carpet to greet the world’s media. 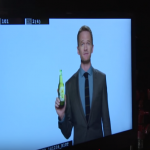