The United Nations Development Programme celebrated 50 years at the frontline of development and its leading role in realising the Global Goals by 2030 with a star-studded gala featuring a musical performance from Grateful Dead legend Bob Weir.

Bader TV News was on hand joining three of the UNDP’s current Goodwill Ambassadors – His Royal Highness Crown Prince Haakon of Norway and actors Connie Britton and Michelle Yeoh – in a star-studded Gala hosted by Emmy-nominated executive producer and host of Top Chef, and New York Times best-selling author Padma Lakshmi at Phillips, a partner of the event.

“Tonight’s gala is a celebration of UNDP’s 50th Anniversary,” said Helen Clark, UNDP Administrator. “Our people work tirelessly every day in some 170 developing countries and territories around the world. We work to eradicate poverty, empower women, help countries recover from disasters and conflicts, and protect the environment.”

“It’s an honor to have had such influential advocates and partners come together, including a legendary musician, to help shine a spotlight on the important work UNDP does around the world to protect our planet and its people. We hope this event will showcase how we can be the first generation to end poverty and stop climate change.”

The event’s honored guests included Tribal Planet CEO Jeff Martin; as well as the organization’s corporate partners Deutsche Post DHL and Baidu. The honorees received the UNDP People and Planet Award in recognition of their accomplishments.

Bob Weir is one of the founding members of the legendary Grateful Dead, which received a GRAMMY Lifetime Achievement Award in 2007. Since establishing the band in 1965, Weir has become one of rock’s finest and most distinctive rhythm guitarists. This year Weir released Blue Mountain – his first solo album in more than ten years and his first of entirely original material in thirty years. This past summer, Weir performed with Dead & Company, featuring Grateful Dead members Mickey Hart and Bill Kreutzmann along with GRAMMY-winner John Mayer, Oteil Burbridge and Jeff Chimenti. This fall he embarked on the widely successful Campfire Tour playing songs in support of his new album. 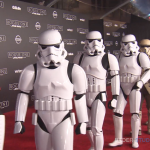 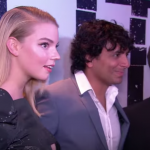