Oscar de la Renta is the first fashion designer to be honored by the USPS with a commemorative stamp. His innovative designs and close attention to detail elevated American style and brought international attention to New York as a world leader in fashion.

Among the notable attendees included Member of the Board of Directors of the Council of Fashion Designers of America Cynthia Steffe, in addition to de la Renta family members and friends.

Legendary designer Ralph Lauren also attended the ceremony. Lauren and de la Renta shared a mutual admiration for each other. Reflecting on de la Renta back in 2014, Lauren said of his colleague “he’s one of the greatest, he knew what was appropriate for president’s wives and the people he designed for, he was a unique man in the history of American fashion…”

Sold as a pane of 11, one stamp features a black-and-white portrait of the designer taken by Inez Van Lamsweerde and Vinoodh Matadin. The ten additional stamps highlight the vibrant details from de la Renta’s gowns.

USPS Manager and Creative Director of Stamps William Gicker noted that designer Derry Noyes worked closely with the de la Renta estate to create this collection. The intention of the collection is “to honor the man and his accomplishments with a wide range of beautiful designs.” Glicker stated that it usually takes two to three years for a commemorative stamp collection to come to fruition, from the initial idea to the launch of actual stamps.

In an emotional speech, Wintour spoke of late designer’s influence on the world of fashion. “When I heard that Oscar de la Renta would be honored by the Postal Service, I thought to myself ‘how wonderful what a fantastic idea!’ I know Oscar would have loved these stamps…he delighted in color and pattern…his designs reflected his personality: optimistic, fun, sunny, romantic” On a lighter topic she added, “In all the years I knew Oscar, I never once saw him write a letter!”

Hillary Clinton joyfully reminisced about her visits with President Clinton to the de la Renta residence in Punta Cana and praised the designer as an inspiration to striving immigrants.

Secretary Clinton also recalled when she first met Oscar de la Renta in December of 1993 when the Clinton White House hosted the annual reception for the Kennedy Center honorees. Mrs. Clinton had purchased an Oscar de la Renta dress “off the rack” for the event. As de la Renta and his wife Annette met the First Lady on the reception line, the designer inquired “is that my dress? It looks wonderful, I’m so delighted!”

Hillary Clinton was the first First Lady to be featured on the cover of Vogue, which came at the suggestion of Oscar de la Renta to editor-in-chief Anna Wintour.

The late designer moved to New York to work at Elizabeth Arden in 1963. Two years later, he debuted his first collection. De la Renta is credited with capturing the beauty and ease American women craved in their gowns and suits. He dressed first lady Nancy Reagan in the 1980s, and then provided the gowns for inaugural events for both Hillary Clinton in 1997 and Laura Bush in 2005. Noted de la Renta “it was a tremendous privilege to dress these extraordinary ladies…”

Oscar de la Renta, who passed away at the age of 82 in 2014, participated in several New York City civic, cultural, philanthropic and social activities, serving as a board member of the Metropolitan Opera and Carnegie Hall; serving as President of the Council of Fashion Designers of America; and serving as a  board member for New Yorkers for Children, among other endeavors.

Mary-Anne Penner, director for stamp services at the U.S. Postal Service, said “the new year is shaping up to be exceptional as the Postal Service continues to produce stamps that celebrate the people, events and cultural milestones that are unique to the history of our great nation.” She described the new stamps as part of a showcase of “miniature works of art to help continue telling America’s story.” 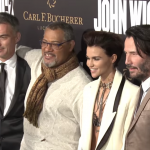 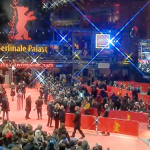