The Great Wall vividly depicts the story of European mercenaries searching for black powder who become embroiled in the defense of the Great Wall of China against a horde of monstrous creatures.

However aside from the thrilling action and storytelling on screen, The Great Wall is designed to do more than entertain theatregoers.

With a production budget of $150 million The Great Wall is the most expensive Chinese-American co-production ever committed to film. The production commenced in Qingdao with more than 100 on-set translators.

American filmmakers are targeting China as the value of that country’s film market is expected to surpass North America in 2017.

Yet American filmmakers must adhere to the directives of The Standing Committee of the National People’s Congress – which is China’s supreme legislative body. The laws stipulate that films entering the market “must serve the people and socialism…and “must not damage China’s national dignity, honor, and interests, harm social stability, or hurt national feelings…”

According to state media, the government approved eighty-nine productions in 2016 which is the most ever. Ten of those productions were with US studios. China’s co-production rules also call for filmmakers to use substantial domestic talent and local investment.

Though China’s domestic movie industry continues to grow, Chinese filmmakers have yet to create worldwide hits. The Great Wall, from Dalian Wanda Group’s Legendary unit and Universal Pictures is a major effort to win over fans from the two largest markets. In China, Wanda is in the process of constructing what it considers to be the world’s largest movie studio – hence more projects are on the horizon.

The action fantasy film marks Zhang Yimou’s first English language production. Based on a story by Max Brooks, Edward Zwick, and Marshall Herskovitz, The Great Wall original screenplay was written by the duon of Carlo Bernard and Doug Miro, noted for their work on Prince of Persia, and The Sorcerer’s Apprentice.

Set in an alternate vision of ancient China – circa 1100 A.D. during the Song Dynasty – the story imagines that The Wall was built to defend against a mythical Chinese creature known as “Tao Tei.” 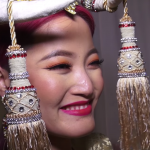 EXOTIC FASHIONS AND DESIGNS ON THE RUNWAY AT THE 2017 ASC FASHION SHOWEntertainment & Arts, Fashion, Recent Work 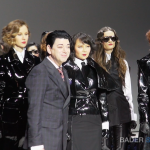