New York City: February 2017: In an unforgettable Style Fashion Week event in New York City during Fashion Week, acclaimed designer Malan Breton presented his latest collection which he notes is inspired by the recent events in his adopted home of the United States, and New York City in particular.

Drawing inspiration from the silent film era, Malan’s powerful presentation was entitled “Everywhere at the end of time…”

Videos depicting the glitz and glamour of the 1930s along with the shadows of pre-World War II Europe served as a backdrop for Breton’s runway show. Models took to the expansive stage as black-and white images were projected on a large screen and music of the era resonated throughout The Theatre at Madison Square Garden.

Fans, fashionistas, journalists, models, bloggers, and photographers were enthralled with Malan’s most recent creations. At the conclusion of the show, Malan’s models stomped their feet in rhythm to the beat of the music, emulating a military march.

Backstage, Malan spoke passionately of how and why his latest collection reflects the times we live in, noting that life has changed since he arrived New York City in 1996. In fact, Breton completely abandoned his original collection intended for this show, replacing it with designs that were more representative of America as Malan sees it in the year 2017.

Born in Taiwan, Malan is an award winning self-taught designer. Among his numerous citations include 2016 FGI “Rising Star” award in Menswear, the 2015 European Fashion Council’s “Eirene” award, the 2015, and 2016 Taiwan Tourism Award for contributions in fashion, and media.

A former student at Julliard School of Music, Milan initially came to New York City to pursue a career in entertainment and modeling. In 2007, Malan opened his first Malan Breton flagship store in the East Village of New York City.

“Our mission is to create an innovative platform to showcase extraordinary design talent to the global fashion through immersive events at the intersection of fashion, music and art,” said Style Fashion Week President Veronica Kerzner. “We are thrilled to have hosted such a successful milestone event at one of the world’s most iconic venues and are excited to head to the West Coast where Style Fashion Week will produce Los Angeles Fashion Week.” 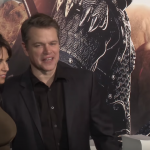 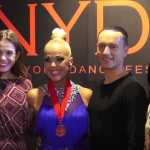