Hamilton might have won the most Tony Awards on Sunday night, the big winner will always be fashion in New York CIty. Stars from stage, film, TV and everywhere from NYC to Hollywood filed into the Beacon Theater on NYC’s Upper West Side on Sunday night for the 70th annual Tony Awards in gorgeous black-tie styles.

In addition to host James Corden and some of Broadway’s most recognizable stars like Lin Manuel Miranda, Neil Patrick Harris, Barbra Streisand, Oprah Winfrey, Judith Light, and more, celebs like Cate Blanchett, Claire Danes and Lucy Liu also joined in on the glamour and prestige in their red carpet finest outfits.

“The Late Late Show’s” James Corden hosted this year’s show, which saw hit “Hamilton” take a record-breaking 16 nominations into the theatre and leave with 11 trophys. Huge anticipation on the red carpet as could fellow best musical nominees “Bright Star,” “School of Rock — the Musical,” “Shuffle Along” or “Waitress” be able to take it down for one of the biggest awards of the night?

Along with best musical, “Hamilton” also boasted big nominations in best book of a musical, best performance by a leading actor and actress and best original score written for theater.

Other big nominees include “Eclipsed,” “The Father,” “The Humans” and “King Charlies III” for best play, and “Arthur Miller’s The Crucible,” “Arthur Miller’s A View from the Bridge,” “Blackbird,” “Long Day’s Journey Into Night” and “Noises Off” for best revival of a play.

Though it was her first-ever Tony Awards, Lupita Nyong’o slayed like an old pro! The Eclipsed star, 33, who was nominated for Best Performance by an Actress in a Leading Role in a Play, wore a bespoke, hand-embroidered gown by Boss. The off-the-shoulder creation designed by Jason Wu was sprinkled with multicolored sequins. She also wore Hugo Boss shoes and a clutch, and shimmered in jewelry by Tiffany & Co. Her main makeup by Nick Barose was equally colorful: navy eyes and coral lips inspired by the ’80s. As for the dress on the carpet – At first glance, Nyong’o’s gown appears to be covered in a floral-print motif. But Jason Wu revealed that he had an unexpected source of inspiration for the dress that he designed, and it didn’t involve blooms.

“Lupita is the perfect muse. I was looking at these Tetris colors and I wanted to create something bright and exciting and textural,” Wu told Vogue Magazine of the layered sequins.

For more glamorous gowns, Danai Gurira shined bright in a sunshine-yellow Rosie Assoulin with a triangle cutout – the Tony-nominated playwright and The Walking Dead actress Danai Gurira, was more vibrant. Her Rosie Assoulin frock was impeccably cut and glamorous, with a jagged, asymmetrical cutout design.

While Hamilton’s Renée Elise Goldsberry, who took home Best Performance by an Actress in a Featured Role in a Musical, stunned the global media.

The night honored the tremendous success of Hamilton and paid tribute to the victims of the weekend’s tragedy in Orlando. It proved that Broadway, in all its lights, camera, action glory, is so much bigger than its Times Square 42nd Street stage. As the stylist will point out, the Tony Awards are bigger because of the fashion. In an industry so dominated by music and dance, the clothing plays almost as central a role as choreography itself. And for the people who spend their days in costume ranging from historical, fantastical, or just down-right sequined, having the opportunity to wear the gown of their dreams is one that’s not to be missed – and was not

‘Waitress’ star Jessie Mueller and ‘The Color Purple’ actress Heather Headley were among the theatrical stars to rock the carpet as well. Jessie Mueller, star of Broadway’s Waitress, wore a bright, buttery yellow Self-Portrait gown, with a crewneck silhouette and layered sheer skirt.

The Tony Awards red carpet was a stark contrast to the recent CFDA Fashion Awards, where almost everyone turned up wearing black. Instead, Broadway’s finest put on their brightest gowns for the occasion — as well as silver ribbons for the victims of tragedy in Orlando, Floirda. One of the most popular bold hues of the evening? Yellow. 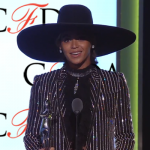 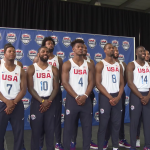