Huahua and Paramount teamed for the highly successful films Star Trek Beyond and Transformers: Age of Extinction – which was the first film to cross the $300M box office milestone in China in 2014.

Brad Pitt plays the role of officer Max Vatan, who, in 1942 North Africa encounters French Resistance fighter Marianne Beauséjour, played by Cotillard, on a deadly mission behind enemy lines. Reunited in London, their relationship is threatened by the extreme pressures of the war.

Allied was directed by Robert Zemeckis, known for his work on such popular films as Romancing the Stone, the Back to the Future film trilogy, Who Framed Roger Rabbit, and Forrest Gump, among others. 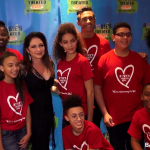 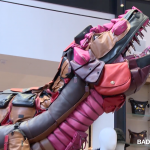