June 2017 – New York City – Jerry Lewis founder of Legionnaires of Laughter and co-founder of Jerry’s House, through a video message at the inaugural gala, celebrated the life and work of actor and comedian Robin Williams.

The Legionnaires of Laughter Award’s evening was the first of its kind, and establishes fundraising initiatives to support Jerry Lewis’ new charity, Jerry’s House.

Legendary comedian Jerry Lewis said by video: “It is time we honored comedy for what it is worth in the world. It is time to honor the legacy that humor has given to the world and to those who use this incredible art form to make the lives of all people better.

The Legionnaires of Laughter is my way of acknowledging my colleagues in comedy and giving them the recognition that comedy and their art deserves. On this night, we will celebrate our dear friend, the genius and truly unique talent of Robin Williams. An artist whose life and work incalculably bettered the art of comedy and changed the lives of people everywhere.”

Legionnaires of Laughter recognize the invaluable contribution made by comedians, comedic actors/entertainers and the immense value that laughter brings to society. The 2017 gala lays the groundwork for an annual award celebration.

The first ever awards night of its kind, was launched for 2018, took place in lower Manhattan with improv geniuses Colin Mochrie and Brad Sherwood hosting an hilarious event that celebrated comedy the way it should be. The 136 Legionnaires were inducted into the Legionnaires of Laughter Hall of Fame.

The Legionnaires of Laughter is an initiative to recognize and celebrate the invaluable contribution made by comedians, comic actors, and entertainers to society on a prestigious level. The organization will highlight the immense value of laughter in the day to day lives of people across the world, and the artists who champion it through their work.

The 2017 event also laid out the groundwork for voting in 2018 and launched the lifetime achievement award in honor of Robin Williams.

The young Australian Actor Lochie Graham co-founder of Jerry’s House stole the show with his eloquent portrayal of what comedy means to him and the world, received with a standing ovation. 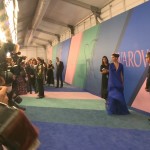 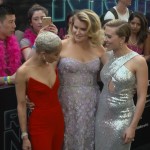