August 2014, Jersey City NJ: At the Liberty National Golf Course, Nike Golf revealed its highly anticipated Vapor Iron franchise with the introduction of the Vapor Pro Irons, Vapor Pro Combo Irons, and the Vapor Speed Irons: all of which were developed at the iconic “Oven” with input from Tiger Woods, Rory McIlroy, and Nike Golf athletes.

The Vapor irons blend the detailed craftsmanship of Nike’s master club builder, Mike Taylor; the engineering expertise of The Oven; and the imagination of Nike designers. The result; a family of irons featuring a pinnacle Nike innovation called Modern Muscle.

Modern Muscle is a modification of a standard muscle-back design that moves the iron’s center of gravity to the center of the clubface, crafted to yield more efficient and pure strikes. The innovation has already contributed to a major championship victory when Rory McIlroy put a prototype Vapor Pro Combo 2-iron (MM Proto) in the bag and went on to win the 2014 Open Championship.

With a modernized take on the classic blade profile, the Vapor Pro is Nike Golf’s most precise iron to date. The Vapor Pro Combo has the clean lines and workability of a blade with the power of a distance iron – resulting in the ultimate blend of precision and power. The Vapor Speed delivers pure power for the golf athlete who wants maximum distance and forgiveness through the set.

Within Nike, the name Nike Vapor is synonymous with the company’s most premium innovations that boldly elevate athlete performance. The Nike Vapor name is featured in other categories within Nike, including baseball and global football.

The Vapor irons will be available on Nike.com and at select retailers October 31, 2014.

Bader TV News
LEGAL NOTICE: The information, data, software, photographs, graphics, text, images, logos, icons, typefaces, audio and video material, copyrights, and trademarks featured on this website as well as the domain names (registered and unregistered) associated with the foregoing are made available for the strict and sole use by recognized international, national and regional broadcast, satellite and cable news networks, programs and news websites associated with the broadcast networks and news magazines. For any other intended use, written permission from the Bader Group, LLC. must be obtained. Unauthorized use of any material on these websites could be a violation of US national copyright laws, UK Trademark Laws and German Intellectual Property Protection. Address any inquiries concerning usage of material on a Bader Media website, trademarks, service marks, copyrights, or designs to: info@bader.media - +1.212.744.5380 © 2023 Bader Group, LLC
“ROUTINE INTERRUPTIONS” WITH FRED ARMISEN & HEINEKEN!Entertainment & Arts 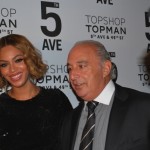