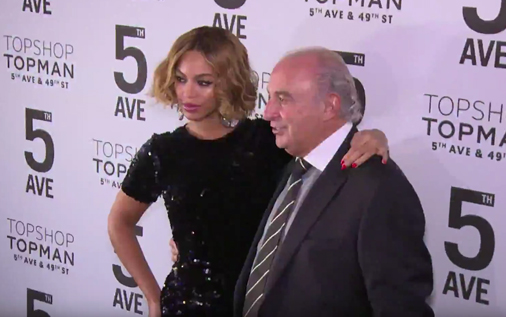 November 2014, New York NY: There were more stars in Vanderbilt Hall located in the famed Grand Central Station than the New York City sky as TopShop TopMan hosted a celebrity grand opening party for its new flagship in the Big Apple!

The second largest TopShop TopMan flagship store in the world opened at 608 Fifth Avenue in New York City. The new flagship is 40,000 square feet and is on the world-famous fashion corridor of Fifth Avenue on the corner of 49th Street. The store is adjacent to one of the epicenters of New York City: Rockefeller Center. The four-story store is occupied by TopShop on the first through third levels and TopMan on the basement level. The store is designed to accentuate the fashion with 14 foot tall back-lit displays and ambient light boxes throughout all floors. With more than 300 new pieces delivered every week, the fashion conscious Fifth Avenue shopper will be able to enjoy the best ranges from the iconic British brand including the seasonal catwalk collection Unique; the premium limited edition line Boutique; designer collaborations and the trend-led mainline collections. Other must-have pieces will include TopShop’s famous Denim line and TopShop Beauty which offers the latest make-up trends and colours.

The brand has already established a presence in the U.S. retail space with stores in New York (in Soho), Chicago, Los Angeles, Las Vegas and most recently, in San Diego. 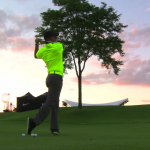 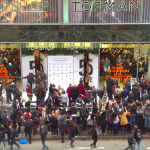