The Berlinale and the European Film Market can look back at a successful edition of the festival for sure.  Bader TV News was on hand covering the red carpets, actor interviews and the late night parties in the German capitol.

There was no shortage of highlights at the 2016 Berlinale. First up was a glamorous kick-off with the opening film Hail, Caesar! attended by directors Joel and Ethan Coen, along with stars George Clooney, Tilda Swinton, Josh Brolin, Channing Tatum and Alden Ehrenreich. That was followed by the gala premieres of film greats and, not least of all, the award of an Honorary Golden Bear for his life’s work to legendary German cinematographer Michael Ballhaus.

This year, the Berlinale could look proudly on a host of activities aimed at refugees. In cooperation with the BBZ Beratungs- und Betreuungszentrum für junge Flüchtlinge und Migranten (support centre for young refugees and migrants), 18 refugees had the opportunity to visit and observe various areas behind the scenes in the festival offices. With the participation of 953 people, the “sponsored cinema visit” project organised with Berlin’s non-profit refugee aid organisations was also a success. And for the first time in Berlinale history, the festival specifically urged visitors to make a donation, with 25,000 euros collected so far.

For eleven days the Berlinale demonstrated the creative power and diversity of cinema, as well as welcomed guests and the public at many panel discussions and talks on the seventh art. With 337,000 tickets sold a new attendance record in the 66-year history of the festival was achieved.

The European Film Market was another success of the 66th Berlin International Film Festival. There was a notable increase over last year in the number of participants – in both the market and the individual initiatives – for the international trade fair at the Berlinale, which was held at the Martin Gropius Bau and the new Gropius Park, along with the Marriott Hotel. Exhibitors and buyers enjoyed great interest, a lively exchange and plenty of deal-making. There was also an extremely good response to the new platforms “Drama Series Days”, “EFM Startups”, “EFM Asia” and the “EFMProducers Hub”. Altogether, this year’s EFM marked a good start to the year, providing strong momentum for the industry.

With the Award Ceremony at 7 pm on Saturday, Feb 20, the 66th Berlin International Film Festival draws to a spectacular close. The winners of the Golden and Silver Bears and the Audi Short Film Award, as well as the Best First Feature Award were announced at the festive gala.

A number of prominent German politicians have also made appearances including the Mayor of Berlin Michael Müller, German Minister for Foreign Affairs Frank-Walter Steinmeier and parliamentary vice-president Claudia Roth, as well as the ambassadors of several countries. 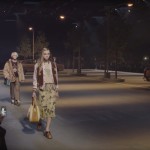 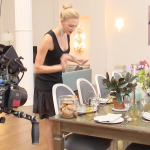