The Metropolitan Museum of Art’s Costume Institute spring 2016 exhibition will be Manus x Machina: Fashion in an Age of Technology, on view from May 5 through August 14 – preceded on May 2 by The Costume Institute Benefit. Presented in the Museum’s Robert Lehman Wing, the exhibition explores how designers are reconciling the handmade and the machine-made in the creation of haute couture and avant-garde ready-to-wear.

“Fashion and technology are inextricably connected, more so now than ever before,” said Thomas P. Campbell, Director and CEO of The Met. “It is therefore timely to examine the roles that the handmade and the machine-made have played in the creative process. This exhibition proposes a new view in which the hand and the machine, often presented as oppositional, are mutual and equal protagonists.”

Manus x Machina: Fashion in an Age of Technology

“Traditionally, the distinction between the haute couture and prêt-à-porter was based on the handmade and the machine-made, but recently this distinction has become increasingly blurred as both disciplines have embraced the practices and techniques of the other,” said Andrew Bolton, Curator in Charge of The Costume Institute. “Manus x Machina will challenge the conventions of the hand/machine dichotomy and propose a new paradigm germane to our age of technology.”

Jonathan Ive, Apple’s Chief Design Officer, said, “Both the automated and handcrafted process require similar amounts of thoughtfulness and expertise. There are instances where technology is optimized, but ultimately it’s the amount of care put into the craftsmanship, whether it’s machine-made or handmade, that transforms ordinary materials into something extraordinary.”

Manus x Machina features more than 120 examples of haute couture and avant-garde ready-to-wear, dating from the early 20th century to the present. The exhibition address’s the founding of the haute couture in the 19th century, when the sewing machine was invented, and the emergence of a distinction between the hand (manus) and the machine (machina) at the onset of industrialization and mass production. It will explore this ongoing dichotomy, in which hand and machine are presented as discordant tools in the creative process, and question this relationship and the significance of the long-held distinction between haute couture and ready-to-wear.

The Robert Lehman Wing galleries on the Museum’s first floor and ground level are now presenting a series of case studies to unravel the realties and mythologies of the hand/machine conundrum. At the center of the exhibition will be an installation of toiles and prototypes presented as garments in the making or “monuments to ideas.” Emanating from this presentation will be a series of rooms based on traditional métiers of the haute couture, including embroidery, featherwork, artificial flowers, pleating, lacework, and leatherwork, which are presented alongside versions that incorporate innovative processes, such as 3-D printing, computer modeling, bonding and laminating, laser cutting, and ultrasonic welding. A room dedicated to the ateliers of tailoring and dressmaking will reflect the traditional division of a maison de couture. 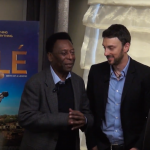 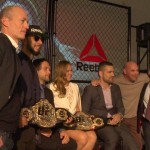 REEBOK AND UFC STEP INTO THE OCTAGON TOGETHER!Sports