REEBOK AND UFC STEP INTO THE OCTAGON TOGETHER! 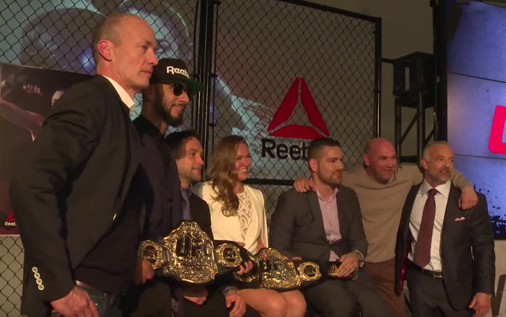 December 2014: Global fitness leader Reebok announced a groundbreaking partnership with UFC®, the world’s leading mixed martial arts organization. Under the long-term deal, Reebok will become the exclusive authentic global outfitter of UFC, creating for the first time ever UFC ‘Fight Week gear’ and a ‘Fight Night kit’ for all UFC athletes. Reebok will also be the apparel provider for millions of UFC fans around the world.

In addition to benefiting UFC athletes and fans, the Reebok and UFC alliance also has a significant charitable component. In 2015, promotional efforts will see a percentage of sales from Reebok/UFC product directly benefit Fight for Peace, an international NGO that uses boxing and martial arts, combined with education and personal development, to realize the potential of young people in communities that suffer from crime and violence.

Partnership to Benefit Fight for Peace: At Fight for Peace’s Academy in London, Reebok announced its long-term commitment to Fight for Peace, which was founded in 2000 by Luke Dowdney MBE, a former amateur boxer and British light-middleweight Universities champion, as well as the acquisition of LUTA Sportswear, an authentic boxing and MMA brand, also founded by Dowdney to help support Fight for Peace’s mission.

Fight for Peace is now a comprehensive program combining boxing & martial arts with education, employability, personal development and youth leadership programs, as well as offering a range of youth support services. In November 2007 the Fight for Peace London Academy was established in the borough of Newham to help support disadvantaged young people through its holistic model. Fight for Peace directly benefits over 3,000 young people each year in its Rio and London Academies, and has now trained over 100 community based organizations in its methodology across 24 countries, supporting over 100,000 young people in communities affected by crime and violence around the world. 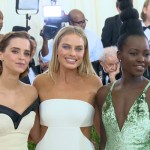 Costume Institute’s Spring 2016 Exhibition to Focus on the Hand and the Machine in FashionEntertainment & Arts, Fashion 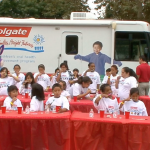