May 2017 – Hollywood, CA – Bader TV News was on site with to witness Tom Cruise and his upcoming film The Mummy taking over Hollywood! At least for a day!

The 54-year-old actor was joined by his co-stars Sofia Boutella, Jake Johnson, Annabelle Wallis, and the film’s director Alex Kurtzman which was named a “Mummy Day” celebrations at Hollywood & Highland in Hollywood, California to promote the new movie

To draw attention to the debut of the action movie, Cruise and the cast unveiled a massive 75-foot, seven-ton sarcophagus in Hollywood! 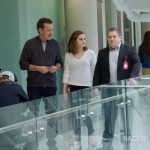 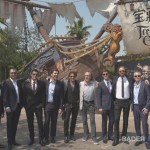