October 2016 – New York City: A “Tiger” was on the prowl at the New York Public Library on a warm Thursday evening.

Founded in 1996 with his father and mentor Earl Woods, the Tiger Woods Foundation offers scholarships, after-school care, college preparation, job networking and more to students who are in need.

Nike co-founder Phil Knight commended Wood’s philanthropic work.  Woods and Nike have enjoyed a partnership which also dates back to 1996.

Tennis superstar Maria Sharapova – who is also committed to helping youth by way of her Maria Sharapova Foundation, appeared radiant on the red carpet to fete Tiger. Rocker Darius Rucker talked about the importance of empowering youth through education and Tiger’s commitment to giving back to the community.

Students who have benefitted from the Woods Foundation expressed their gratitude to Tiger and his Foundation. Among the celebrities and dignitaries in attendance included television journalist Charlie Rose who hosted the on stage forum.

To date, the Tiger Woods Foundation has raised $140 million for charity, with 149 Earl Woods Scholars, a 98% graduation rate, and over 145,000 students enrolled in the Tiger’s TGR Learning Lab. The Foundation plans to expand this year with additional STEM workshops, a digital education program, and an expanded Earl Woods Scholarship Program, among other initiatives. 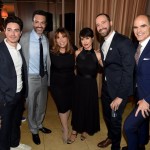 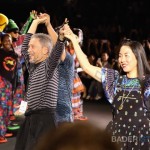